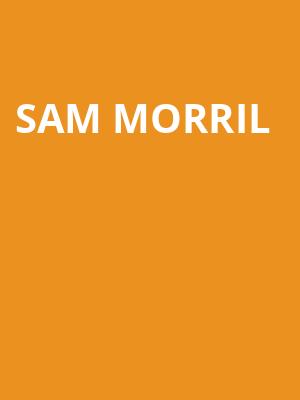 Photo by Bogomil Mihaylov on Unsplash

Funny. Hard-hitting. Following the funny where it leads him, without being beholden to the Left or Right.

Sam Moril is a class act

After a decade of toiling away on the late-night comedy circuit, Sam Morril, Comedy Central's 2011 One To Watch is finally making waves in the wider comedy pond following the 2020 self-release of his special Up On The Roof, detailing the struggle of performing during Covid and a cameo as a stand up in Todd Phillips' Joker. Unafraid to mine both sides of the cultural landscape for comedy gold, catch Morrill when he brings his 2023 tour The Class Act to you!

In addition to this countrywide tour, you can now stream his newest special, Same Time Tomorrow, on Netflix.

Sound good to you? Share this page on social media and let your friends know about Sam Morril at Charleston Music Hall.