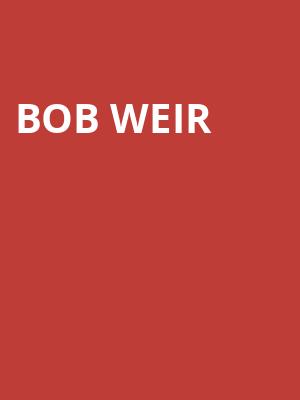 Bob Weir brings his extensive catalog back on the road!

Musician and songwriter Bob Weir is back on the road! Best known as the founding member of the Grateful Dead, which led Weir into being inducted into The Rock and Roll Hall of Fame in 1994. Over the years Weir has collected quite the catalog of tracks after playing with several bands including the Bob Weir Band, Kingfish, Bobby and the Midnites, Scaring the Children, RatDog, Furthur, and in 2018 Weir formed the band we all know today, the Wolf Bros. Be sure to listen out for fan favorites alongside hidden gems when Bob Weir and co. hit a town near you!

Did you know, in 2017 Bob Weir collaborated with D'Angelico Guitars to produce signature model instruments! That same year Weir released 'The Premier' a semi-hollow guitar and in 2020 a solid-body Deluxe Bedford.

Sound good to you? Share this page on social media and let your friends know about Bob Weir at North Charleston Performing Arts Center.